The earliest I can remember being informed that I was going to hell was about age six. That pronouncement came from another six year old who explained that I was going to hell because I didn’t go to their church, believe in their God, and confess my sins to their minister. Prior to that time in my life most discussions about hell were as an option; a place where bad boys, liars and people who picked their noses and chewed their food with their mouths open went.

The consensus continued to grow as to my post-existence holiday destination, and I had a veritable smorgasbord of hells to choose from. Each with its own unique suffering, denominational supervision and heavenly delivered judgments on my despicable and unrepentant self to be anticipated for the remaindered of my existence. As time passed, and the common cause of all religions, sacred, personal and profane, allowed them to overcome their mutual enmity based on an agreement as to exactly where Cusper Lynn would be spending the better part of eternity, it seemed to me that I was serving as a facilitator among the religions and the faithful. They may not be able to agree on what day is the Sabbath, who died for God, who needs to die next for God or how many nipples God has and how God feels about them. But they could – even those religions to which the concept of hell was alien – agree that Cusper Lynn is going to hell.

So it was, with the fervent prayers of the faithful, that I came to experience a recent insight into the mind of god (small g for unspecified god who did not provide information to me about denominational preferences, Sabbaths or nipples) in which my hell was revealed. Some will undoubtedly be disappointed that it does involve a lack of fire and pain for all eternity. Nor, did it involve the flaying of flesh and the unavoidable acknowledgement of my wickedness here on earth as my bones were crushed to dust. It was the sort of hell that one would expect were John of Patmos to have lived in Los Angeles, California at the beginning of the 21st century, rather than on the Greek Island of Patmos at the end of the first century when he wrote the book of Revelation.

My hell – and welcome to it – was the most horrifying and disturbing of all because it was, as it was revealed to me by god (small g as there is still no word on the nipple situation), a buddy comedy. More precisely it was a buddy comedy film directed and produced by Tim Burton. For the purpose of absolute and painful clarity, it was a buddy comedy to be filmed throughout all eternity with me in the role of sidekick, to none other than the great John Goodman. The film, which as I said was being produced and directed by Tim Burton through the entirety of eternity in what I had to consider hell at its worst, co-starred Queen Latifah. I like John Goodman, I’ve enjoyed Queen Latifah and I’ve tolerated Tim Burton, so what made this hell? It was a buddy comedy, I was a side kick who was being given all of the slapstick and the prate falls. But what truly made this hell, a most exclusive hell, was that the film was the sort that only American productions can spawn. It was an animated musical with motion captures and the most horrendous premise I’d ever heard of. Someone, hundreds of years ago in Los Angeles time, had watched Bye Bye Birdie and wanted to update it. They wanted it to be Elvis, they’d wanted Ann Margret to reprise her role, they wanted George Clooney to play Elvis/Birdie – depending upon which party they could get the rights from first. As it happened the story, the concept, the vehicle, the bad idea, had festered at various studios and had morphed. So, by the time it had gone into production – by the time I had died and arrived on the set – Clooney was out, the Bye Bye Birdie story line was revised and John Goodman was brought in to play Elvis just before he died. The animated musical was the story of Elvis’s last day alive, revisiting the best moments of his life and the promise he had to break to a young hair stylist in 1957. He had promised her that she would be the one who would shave his head when was drafted. The military canceled that as they wanted the credit.

Now, in 1977, with hours to live, he was looking for that long lost stylist and loyal fan so that she could give him one last hair cut before he died. Ann Margret refused to sign on for the project that finally emerged, so with her out, with Goodman in, the question was where could they find a woman with sufficient gravitas to play the stylist years later. Someone had suggested bringing in John Waters as director or producer, Tim Burton refused to yield, but it did get people thinking of Hair Spray. So it was that they finally approached Queen Latifah to sign on for the project. What she had done wrong and why she should be in this particular hell I had no idea. But there we were, with all eternity ahead of us, revisions and re-writes occurring on the fly, entire sections being lifted from other films as “homages” including the last fifteen minutes of All That Jazz, with Elvis/Goodman/Fosse running down Kubler-Ross.

It might sound funny, odd or even surreal to you dear reader. But for me, returning as I have, night after night, to that production I know the truth now of god (small g still but I now know about the nipple situation) and hell. Hell is dreamt up in bowels of Los Angeles and is produced throughout eternity with me – and others like me, no doubt – cast as a sidekick in a concept so bad no one can manage to kill it. But, for those who look upon this and are pleased that I’ve reaped what I have sewn I do have a warning. Somewhere, in a very special place, there is a hell for you as well. It is a theater in which you will be crowded into for the rest of eternity. The bathrooms are broken, the soda is warm, the popcorn is stale and the floors and seats are sticky. It is here, confined to your seat for all eternity, that you will be obliged to watch the daily rushes, as your eyes water, your brain wilts and your sanity is shredded by this unrelenting torture. I’m told this arrangement in hell has been made to decrease hell’s carbon footprint and provide much needed real-time audience testing. Who knows, they may release the film for Christmas. 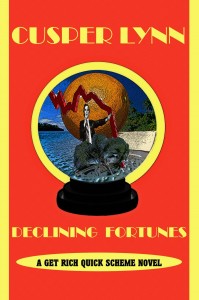